This week I wanted to share something a little different.  I use my iPad a lot in the kitchen.  My husband’s always complaining about all the muck I get on the screen!  Whilst browsing on YouTube I found the trailer (pasted above) for this brilliant new iBook – The Sword of Air by R. J. Madigan.

If you’ve been following me for a while you’ll know I’m a total book geek, so when I saw the trailer and clicked over to the Apple iBook store to read the description, I was totally intrigued:

”Experience the most amazing book you’ve ever read.”

”This book takes advantage of everything you can do on your iPad or Mac.  It has Multi-touch, audio, video and more.  With this Multi-Touch book, you’re no longer limited to flat images on paper. Flick or swipe through HD photo galleries. Use a finger to rotate 3D objects.  Watch videos spring to life.  Or listen to audio that brings the story alive.”

”The Sword of Air is like nothing you’ve ever experienced.  And it’s something you won’t want to put down.”

”Niamh’s village is burnt to the ground by the Fomor army and her adopted parent killed in front of her.  She’s forced to flee into the forests of the Nadur with her best friend Rauri.

Hunted by the Raven queen, the brutal ruler of all Ireland, and her armies, Niamh desperately searches for the forgotten Fae people to help her.  She must find allies and the power within herself if she is to survive against the dark powers of the Raven queen.”

I downloaded the free sample – three chapters(!) – and I was blown away!  The whole book comes alive, it’s packed with full screen photos, videos and sound effects that really pull you into Niamh’s world.  The link’s here if you want to do the same.  The story’s great, pacey, with some beautifully written descriptions.

”Instead my mind played through my own memories of Allanah until there was nothing left of her but grey ashes in the grey dawn.”

At the end of each chapter Madigan has put a video which summarises what’s happened and moves the story on to the next chapter. I absolutely loved these, each one is different and the music is fantastic, like something out of a movie!

I raced through the free – first three chapters and bought the book straight away. There’s a real cliff hanger at the end of chapter three!

The Sword of Air follows the story of sixteen year old Niamh whose grandmother is brutally murdered by the Raven Queen and her army of Fomor’s in the books opening chapter.  With only her best friend Rauri, his wolfhound Bran and an old storyteller for protection Niamh is forced to run away.  But why is she being hunted by the Raven Queen?

It turns out that Fergus is far more than an old man with a lot of books, fighting off Puca’s who appear as wolves, using an ancient tongue to tame wild horses for them to ride and leading them to the Grogoch’s tree house.

The Grogoch, a mythological creature, half faery, half human, is the only living soul who knows the location of the stone circle, the magical portal to the faery real.  With his love of all things pumpkin, and habit of borrowing people’s belongings without them knowing he is truly an unforgettable character.

Without the help of the magical Fae Niamh and her friends are sure to die at the hands of the Raven Queen, or Maev as they come to know her better.  Terrified of Maev will Niamh’s offer of friendship, something the Grogoch has always longed for be enough to entice him into revealing the location of the stone circle? 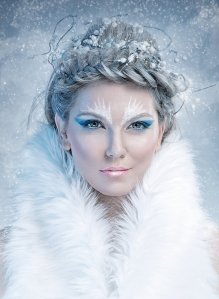 Not known for their kindness to humans will the arrogant and vengeful King of the Fae Kalen and the beautiful but wild Queen of the Fae prove to be friend of foe to Niamh in her battle against The Raven Queen? 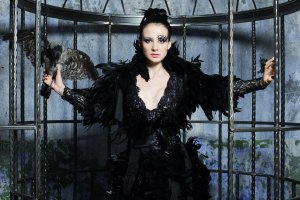 What makes the writing really exceptional is the characterisation.  Unlike some blockbuster movies where we are just supposed to accept that the bad guys are bad, R J Madigan beautifully weaves in The Raven Queen’s back story, to show why she has turned into such a monster.

”I had betrayed my daughter, my son, my husband and now my people.  I was hollow and empty, nothing more than a shadow.  But shadows have the power to kill.  And in that shadow, I became the Raven Queen.”

Even the heroine Niamh has a dark side.

”I guess I just wasn’t the kind of kid that was worth sticking around for.  And so I had become something of an expert on the many ways to die and like an expert I had my favourites, drowning, poison hemlock and bee stings among others.  Who else my age would know that rigour mortis sets in within three hours and begins with eyelids, neck and jaw.” 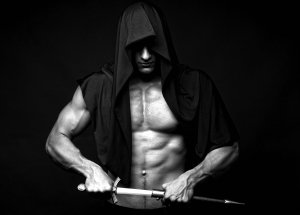 For me the story became addictive as soon as we are introduced to bad boy Jareth, crown prince of the Fae.

”I haven’t had a human to play with for a long time,’ he said eyeing me like a snake.”

”Shall I tell you what I think?” he said his face an inch from mine.  “I think you’ve got unusual eyes, real unusual, Fae eyes in fact.”

Despite her initial feelings of contempt for Jareth, Niamh cannot help but be drawn to him.  In the faery realm she realises there may be more to her destiny than she first thought.

Using the iPad’s capabilities, Madigan has created an interactive character map widget that grows as the story goes along.  As each character is introduced, their picture becomes active in the character map.  You can tap it to get more background and pictures of each character which explains where they fit into the story.  I loved playing with it!

The story stands on its own and I would have really enjoyed it as a normal e-book, but add in the great music, video and special effects that the Apple iBook brings and it is really something special.

If you like books like Lord of the Rings, Harry Potter, The Hunger Games, Divergent and Northern Lights then you will love The Sword of Air.

R J Madigan also has a fantastic website at www.swordofair.net and a Facebook page https://www.facebook.com/profile.php?id=100008581535911 where you can learn more about the characters and the iBook.